“I have learned by now that whenever I see the name Jennifer Plotzke attached to a film, I’m in for a special treat.” –Richard Propes, The Independent Critic

“Jenn Plotzke is director-proof. Any note you give, she incorporates in a nuanced and skillful way. Whenever we shot a scene with her, I somehow felt swept right off my feet. Dazzling. Charismatic. Funny and bold. A tremendous actress.” –Jeremiah Kipp, director of Fizzle and Lost + Found

“Seriously, though, Jennifer Plotzke is absolutely stellar here. She takes Milton/Sweeney’s dialogue and turns it into an absolute work of cinematic art.” –Richard Propes, The Independent Critic

“Given the complexity of Milton’s language, Lost + Found would be inaccessible to most audiences but for the excellent performance of Jennifer Plotzke. Her portrayal is powerful, yet nuanced. Milton’s poem is ground zero for why many of us prefer the sexiness and sultriness…Plotzke captures this expertly, and I applaud her for the sweet perfection of her Satan.” –P Owen Fasso, Death Ensemble (review of Lost + Found)

Originally from the Windy City, Jennifer grew up on stage and studied theatre in Chicago before packing up and heading east to make her way into film and television. She is an Actress, Producer, Director of Mentorship for the Catalyst Institute, Founder of Poor Monster Productions and Creative Team Executive at IFT Network.

Jennifer Plotzke is an award winning actress and producer, currently appearing on television in The Blacklist, Blue Bloods, FBI: Most Wanted and The Sex Lives of College Girls. She starred as Satan in the Paradise Lost adaptation, Lost + Found, which aired on PBS as part of the Reel 13 Series. She can be seen in the film Fizzle with Peter Friedman (Succession) and Geoffrey Owens (The Cosby Show) and will appear in the upcoming film Inappropriate Behavior starring Bobby Cannavale and Robert DeNiro. She produced the award winning films, Crumb Cake, which screened recently at the Soho International Film Festival and Window Shopping, which is currently streaming on Revry.

When she’s not performing, Jennifer keeps herself occupied as a painter. She loves travel, cycling, food and wine! 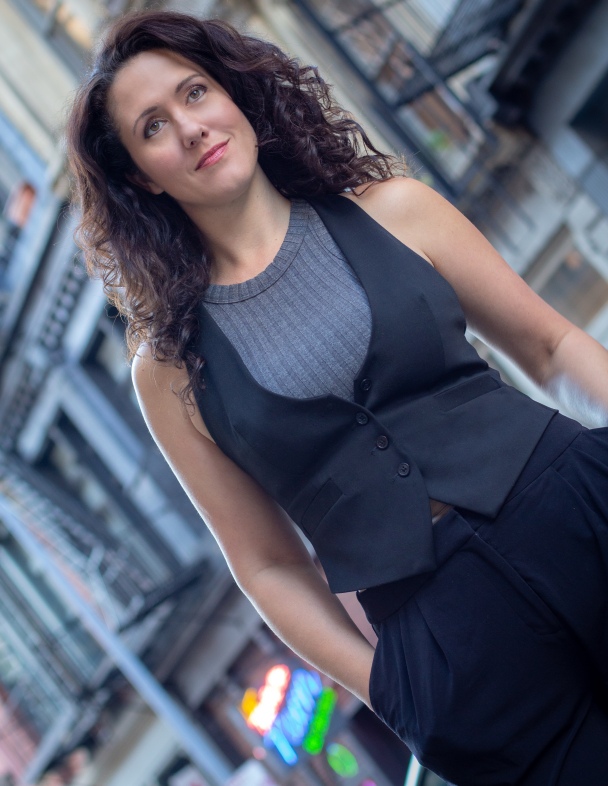